This site will be shutting down as all Alumni SIG and Regional Chapters have moved to https://myusna.com! Please set up or edit your profile on myUSNA and join our chapter there. Feel free to join other chapters and clubs as well! 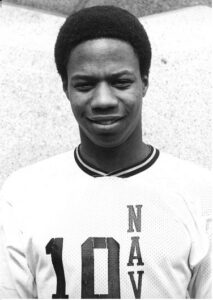 The USNAAA PSC Speaker Series will feature CAPT R. Sydney “Syd” Abernethy III USN Ret (USNA 81) at 1800 Pacific time on Wednesday, February 16, 2022. Syd’s discussion – “What Divides the United States” – will help us to better understand ourselves and the world around us while celebrating Black History Month.

An Annapolis, Maryland native, Syd graduated from USNA in 1981 with a Bachelor of Science degree following four years on the United States Naval Academy Men’s Lacrosse team.  While on the team, Syd was named All-American twice, and was the second-ever Black All-American in NCAA Lacrosse history.

Syd Abernethy completed 26 distinguished years of service with the U.S. Navy, retiring in 2007.  Syd’s tours of duty included qualification as a Naval Flight Officer and Mission Commander on Naval Maritime Patrol Aircraft where he flew numerous VQ/EP3-E aircraft missions in various theaters as a junior officer and later department head in VQ-1 and VQ-2.  Syd also served as Commanding Officer for VQ-2 , the VQ detailer, as the U.S. Navy’s first Chief Diversity Officer, and onboard the USS John C. Stennis (CVN 74) as the C2WC (Command and Control Warfare Commander).  In his final position as the Commanding Officer, Naval Air Station (NAS) Whidbey Island, Oak Harbor WA, he managed more than 30,000 personnel and was awarded numerous Navy awards including the prestigious 2006 Commander in Chief Installation Excellence Award as the top Navy base. 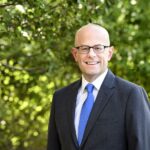 The September Speaker Series featured BGEN Ty Seidule, USA Ret. Ty is the former head of the History Department at West Point and author of “Robert E. Lee and Me: A Southerner’s Reckoning with the Myth of the Lost Cause”. Secretary of Defense Lloyd Austin appointed Ty to the National Commission on Base Renaming. 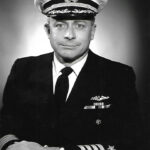 In July, CAPT Carlton “Angus” McDonald ’47 USN Ret gave us an comprehensive overview of today’s WA State/USA power status and provided interesting insight into his recommendations on curbing climate change and the types of power we need for the future.  Angus commanded nuclear submarines. He was the Gold crew CO of the USS Ulysses Grant SSBN 631.  He was in charge of all sea trials for both crews before launching her in 1963.  After leaving the Navy in 1970, Angus had a distinguished civilian career at Exxon Nuclear Company in Bellevue, WA and with the Washington Public Power Supply System. 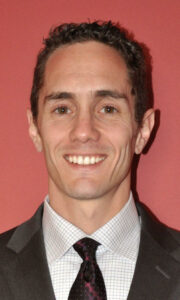 A proud member of the Class of 2003, Tony was a member of the Judo team and graduated with a BS in Computer Science. During his eleven years of active service, he graduated BUD/S class 252; had tours with SEAL Team FOUR, NSW Support Activity (now Special Reconnaissance) TWO, and NSW Development Group;  and Completed six overseas deployments (Iraq, Afghanistan, and Yemen). He founded Vespa Group in 2014, an Indianapolis based technology consulting and staffing firm, with approximately 75 employees. In 2019, his business was named by Inc. Magazine as the 250th fastest growing company in the U.S. He is a proud husband and father of four, who is actively involved in his local parish community and kids activities.

It was very fitting that one year after launching our Speaker Series, we have our initial speaker, Dr Jeff Tomlin ’76 back to give us a COVID-19  update on Wednesday, May 19th, 2021 at 1800. 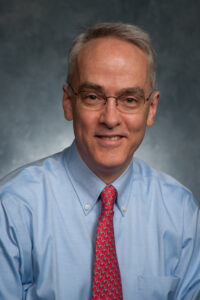 Dr. Francis X. Riedo serves as EvergreenHealth’s medical director of infection control and prevention. In addition to providing patient care for a broad array of infectious diseases alongside a team of expert physicians, Dr. Riedo also leads the hospital’s strategy for preventing and responding to infectious disease outbreaks in an environment of absolute safety. Under his leadership, EvergreenHealth became the first hospital in the nation to test and treat a surge of patients affected by COVID-19.

Before joining EvergreenHealth, Dr. Riedo trained as an Epidemic Intelligence Service officer at the Centers for Disease Control and Prevention and was part of a team dedicated to helping stem the spread of meningitis and Ebola in West Africa. His work also led him to provide clinical care for refugees in Somalia and South Sudan as part of a multidisciplinary health care team. 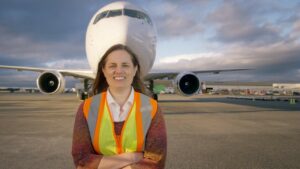 Sarah Rhoads, Director of Amazon Air, was named the 2018 Air Cargo Executive of the Year by Air Cargo World

Captain Barbette Lowndes ’80 retired from federal employment after 35 years.  She served 27 years active duty in the Navy and 8 years as a Navy civil servant.  During her military career as a Supply Corps Officer, Barbette served at 10 commands including two tours at sea on USS MCKEE (AS-41) and USS CAPE COD (AD-43). She was the Commanding Officer of Defense Contract Management Area Boston. As a civil servant, Barbette was the Director of Total Force Management for Space and Naval Warfare System Command (now called Naval Information Warfare Systems Command).

Barbette graduated from USNA in May 1980 with a Bachelor of Science degree in Oceanography. She holds a Master of Arts degree in Business Management from Webster University and a Master of Arts degree in National Security and Strategic Studies from the Naval War College. She is a graduate of the Senior Executive Institute at the University of North Carolina Kenan-Flagler Business School.

Barbette is currently the President of the USNA Women’s Shared Interest Group (SIG) and was formerly the President of the San Diego Chapter and a Trustee of the Alumni Association Board of Trustees. She serves as a non-Trustee for the Admissions, Membership and Alumni Services, and Governance Committees for the Board of Trustees. Barbette was a member of the Special Committee on Alumni Culture, Diversity and Inclusion. 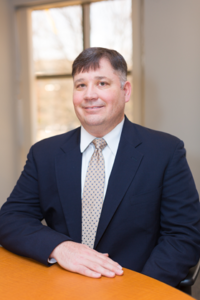 Scott Murray, Class of ’90, was raised on the Wind River reservation in Wyoming and is a member of the Eastern Shoshone tribe. He graduated with a B.S. in History and joined the fleet as a Surface Warfare Officer.

He served division officer tours in USS Ticonderoga (CG 47) and as a plank owner in USS Carter Hall (LSD 50).  After completing his service obligation, Scott left the Navy for a career in information technology.

Scott has held technology leadership roles in some of the world’s best-known companies including The Coca-Cola Company, Dell, and Microsoft. Scott’s positions have focused on digital transformation and strategy at all levels in the enterprise.  He.is skilled in IT management consulting and business process improvement, leveraging over 20 years of experience in business consulting, project management, IT operations, IT Outsourcing, and client management.

Captain Foster grew up in Bristow, Oklahoma. A Muscogee (Creek) Indian, he  graduated from the Naval Academy with a Bachelor of Science degree in Engineering in  1992. Following Surface Warfare Officer training in Newport, RI, he reported to USS   SHREVEPORT (LPD 12) in Norfolk, VA and Combat Systems Training Group, Norfolk, VA as the Combat Systems Department Head. 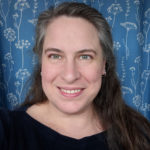 Becky Quinlan ’97, PSC Trustee and member of the Caddo Nation, will be our moderator. 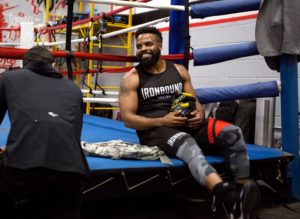 Mike Steadman ’10 is the Founder of IRONBOUND Boxing, a veteran-owned company whose core purpose is to “change lives through boxing.” ‘Mike is a three-time National Collegiate Boxing Champion from the USNA and Marine Corps Infantry Officer, with deployments to Afghanistan and Japan/Philippines. Mike trains CEOs and nationally ranked boxers. Outside of boxing, Mike’s provided consulting services to a billion-dollar corporation around veteran entrepreneurship. 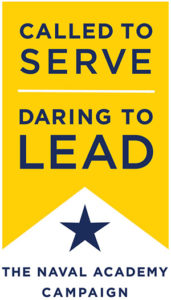